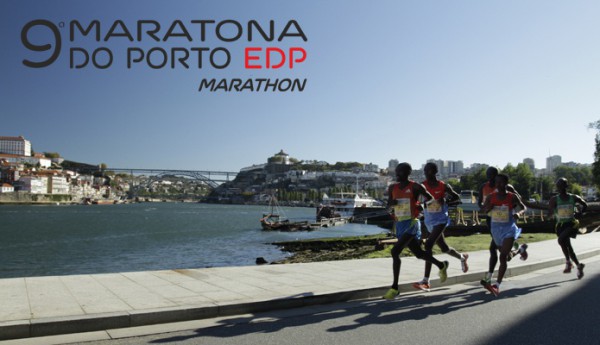 Two weeks ago I was fortunate enough to run Porto’s Marathon (28th October 2012)!

I had been training since August, or should I say since Copenhagen Marathon, because in fact I never did stop training and this Summer I was able to log more km than I usually do during the warmer months.

During the two weeks preceding the marathon my left knee was showing some not so good signs. There was no real pain but there was a discomfort every time I pushed a little harder, so I tried not so push so much and just lowered my expectations for race day. Besides that, the last week before the race was really stressful at the agency and I thought I didn’t had enough rest to make a great run.

Anyway I went to Porto aiming to finish the race anywhere between 3h30 and 3h45 and looking forward not put myself through any severe knee damage (as I did in Barcelona’s Marathon).

The course starts with a steep hill climb to “Rotunda da Boavista” but then you just roll down towards the sea for a few km and that was good to bring up the pace a little bit. Anyway getting near the sea was only about 8km, so there was still a lot of tarmac to pound. The course then goes toward Matosinhos with a turn around point near Porto de Leixões. By that time we got a strong head wind, being more notorious when we reached the shore again. At that moment the people running a separate 15km Family Race went away to the finish line while the marathoners kept going to Ponte D. Luís where we would run through Afurada for the next turn around point. Then back again to Ponte D. Luís and on to Freixo, with the last turn around point. Around the 15th km I partnered with two other runners and we went together till the end. It was good for me they were a couple of seconds below my pace so I forced myself to keep up and that made me go through the last 7km somewhat faster than I would have done by my own.

It was a good thing that the knee didn’t give me any problem and if only the wind was lighter I think I could have reduced my time 2 or 3 minutes overall.

BTW, I have already chosen my next sports challenge and it’s going to be something a bit harder. Stay tuned 😉