In several occasions I had to make the call about which hardware to buy for the companies I had either funded or where I was working at. The decision was easier at the companies that were not my own because most of them were not bootstrapped start-ups so we could afford what I would call corporate class hardware.

But then when you are just starting out and money is tight you must save here and there. A couple of years into it and you will quickly find that hardware is not the place to save money; of course you can try to get the best deal as prices vary a lot in different retailers, but in the end, whenever you can, just go for the top tier.

I am not saying you should buy the Porsche or the Aston Martin of the hardware (because you probably don’t need it anyway), but if you can afford don’t hesitate to take the Audi or the BMW because it will pay on the long term.

Just a quick example: when the team at WayNext started growing we needed some desktop computers and good tft displays but at first we did went cheap and that turned out costing more money than we have saved.

Now we have learned not to go that way. We always try to buy good hardware. In the first place nowadays a good brand will probably not cost more then 20/30% than the crappy unbranded computers, but then in the medium term you will get your money back very easily, because you just don’t have to worry with replacing parts or sending it to be repaired which always has a huge cost:

you get the picture right? 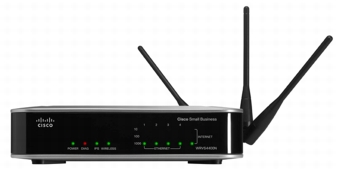 Why all this today? Because we just spent 10+ hours sorting network problem (and its collateral damages, of course…)  because of old crappy hardware we were still using – but we will do the right thing as soon as the shop opens… “can I have a Cisco router please?…”.

Ah, and we’ll take the chance to go upgrade the network to gigabit.