I just started reading this old (2005!) article from Paul Graham because I found it linked on Quora where someone is trying to get a hold of opinions how how hard or how easy it is to develop a web app that will bring 1k USD / month. Since I have loved to learn recurring revenue I was paying attention to the post.

I had an increased motivation to follow that thread because for the second time in WayNext‘s lifetime we have built a product, which is (of course) a web app and we are already generating recurring revenue from it. It’s called Socialzed.com and it’s a Facebook App to run contests within this social network while following Facebook’s terms and guidelines.

The first product of this kind that we have created was called LojaDoSite, it was built back in 2005/2006 and it was a do-it-yourself simple website creation which started up in a nice way but soon it was not bringing in enough revenue to make it worth maintaining it, and that is why it had a kind of MBO and was sold to one of the agency’s partners. 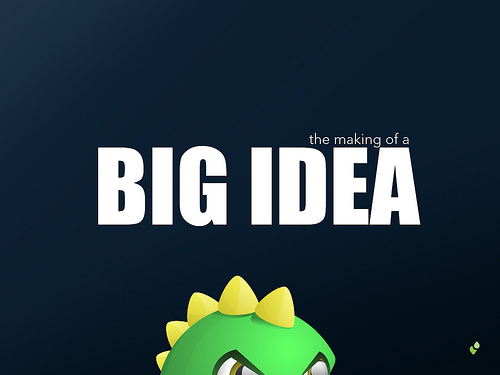 Back to Paul Graham, his article is really about ideas and the way most people think of ideas like they are some kind of miracle. Paul Graham explains that if you see a 1M business idea you automatically think it must be to damn hard to get there, but, of course, most likely that business didn’t start generating 1M from the first day (very few do, I would add).

Paul Graham continues explaining his point of view using concepts like upwind and downwind, which for me, being a kitesurfer, it’s a very meaningful expression since I always try to ride upwind of the crowd because that gives you more options. But I never did think about it applied to start-ups, business or jobs and the article brings an interesting insight about that:

“(…) I said a good rule of thumb was to stay upwind– to work on things that maximize your future options. The principle applies for adults too, though perhaps it has to be modified to: stay upwind for as long as you can, then cash in the potential energy you’ve accumulated when you need to pay for kids.

I don’t think people consciously realize this, but one reason downwind jobs like churning out Java for a bank pay so well is precisely that they are downwind. The market price for that kind of work is higher because it gives you fewer options for the future. A job that lets you work on exciting new stuff will tend to pay less, because part of the compensation is in the form of the new skills you’ll learn.(…)”

And then continuing with his article you still get a couple of interesting thoughts:

“(…)it gives you another source of ideas: look at big companies, think what they should be doing, and do it yourself. Even if they already know it, you’ll probably be done faster.

(…) It seems like it violates some kind of conservation law, but there it is: the best way to get a “million dollar idea” is just to do what hackers enjoy doing anyway.”

This post is form 2005 but it is still worth your time to read it.